An urgent appeal to avoid another global nuclear disaster It has taken 16 months for the world to come to terms with the Fukushima disaster. This is 16 months too many: since that week in March 2011 where four reactors exploded on the same site, the situation has remained extremely dangerous. We have had 16 months to analyse and make sense of what happened. Now that we have got over the initial shock - this unthinkable “collision” - we must rally and resist the temptation to forget. The danger is still there and is becoming more threatening as times passes.

Once again the Japanese population is showing the way. The Japanese refuse to give up and they manage to stand up to a governement who has decided to restart the Ohi nuclear reactors, despite suspicion of active fault lines in the vicinity. They have also taken action and addressed the UN Secretary-General, in order to try and avoid the worst-case scenario: a loss of control of the system that cools the 264 tons of spent fuel stocked in the pool of Unit 4 at Fukushima Daiichi. This risk is far from trivial ; a failure of the cooling system would mean having to evacuate parts of Japan and would irreparably pollute the whole world for thousands of years.

All this we have known for 16 months but awareness of the urgency to solve this major problem has never gone beyond good intentions. Today, after being stunned into inaction by the sheer horror and enormity of the disaster, more and more people finally seem to realise we can still react. Enlightened voices can be heard from all over the world : Let us do something before it is too late!

Dear readers, I urge you to listen to these voices again. If you are already convinced of the need to act urgently, scroll down to the text of the petition we are now addressing to the UN Secretary-General.

The magnitude 9.0 quake last year made it more likely that "devastating" earthquakes would follow in the future. (link)

About the stability of the building of reactor no.4

Masashi Goto, a former nuclear engineer for Toshiba Corporation and expert in the design of quake-resistant nuclear plants:

“Even though the walls exist, there is no simple way of knowing the stability of it.

To what degree has the stability been compromised due to the high temperature of fire?

Essentially, all data are required when you work out a structural calculation…

But [TEPCO engineeers] have never released a data which a third party could use to re-check their findings.” (link)

“I believe that the structural damage to Unit 4 is so great that if there is a 7.5 earthquake, it will not withstand it.” (link)

“At this very moment, i.e. June 25, 2012 [the reactor no.4 building]is a constant source of worry because these pools that sit 30 meters above ground and  have miraculously survived contain a large quantity of radioactive rods.”  (link)

About the radiation resulting from a loss of control

of the pool at Unit 4

“The fuel in this pool would be exposed to the air; radiation in the order of hundreds of grays per hour would spread over a kilometer and no human being could go near the site” (link)

“If the spent fuel pool were to collapse due to another big earthquake, the release of radioactive materials will be huge.(…),a conservative estimate is 5000 nuclear bombs.” (link)

“In the case of Unit 4… you can get a recriticality.(…) That would be a never ending process threes no way to shut that down.(…) there you have another never ending fountain of particulates and gas.” (link)

Robert Alvarez, an American nuclear expert, adviser to the Federal Department of Energy of the American government (1993-1999)

“The No. 4 pool is about 100 feet above ground, is structurally damaged and is exposed to the open elements. If an earthquake or other event were to cause this pool to drain this could result in a catastrophic radiological fire involving nearly 10 times the amount of Cs-137 released by the Chernobyl accident.”  (link)

“A catastrophic failure of the unit 4 spent fuel pool could potentially cascade into additional releases from the other spent fuel pools and reactors.” (link)

“Should the spent fuel pool empty, no workers will be able to go near the reactor 4 building as well as the reactor 1, 2 and 3 building.(…) that's why I would like the government and TEPCO to prepare themselves with a sense of impending crisis in mind.” (link)

Akio Matsumura, a Japanese diplomat who worked for 30 years for various UN agencies :

“[The collapse of No. 4 pool in case of a quake]would destroy the world environment and our civilization. (…) This is an issue of human survival.”  (link)

Mitsuhei Murata, former ambassador of Japan in Switzerland and Senegal:

“It is no exaggeration to say that the fate of Japan and the whole world depends on No. 4 reactor” (link)

“The precarious status of the Fukushima Daiichi nuclear units and the risk presented by the enormous inventory of radioactive materials and spent fuel in the event of further earthquake threats should be of concern to all and a focus of greater international support and assistance.”  (link)

To prevent the worst-case scenario, let us take precautionary measures

before it is too late ! 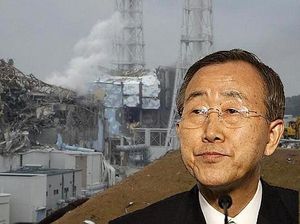 Text of the petition:

An urgent appeal to avoid another global nuclear disaster

Because the building of reactor no.4 has been badly shaken by the terrible earthquake of 3/11 and the violent explosions of March 15, 2011 and therefore its structure has suffered severe stress, which makes it very vulnerable,

Because the spent fuel in this unit sits in an elevated pool 30 metres high and threatens to collapse with the building or to drain because of a number of cracks,

Because this pool contains 1,533 spent fuel assemblies, i.e. the equivalent of 10 times the amount of cesium 137 released by Chernobyl,

Because failure of the water cooling of the fuel would cause the temperature to rise and the fuel to degrade, and the resulting fire would then release enormous amounts of radioactivity into the atmosphere,

Because a fire in the uranium and plutonium assemblies would make human intervention impossible due to the intense radioactivity,

Because the Fukushima Daiichi plant contains nearly 2,500 tons of nuclear fuel – a source of radiotoxicity equivalent to 90 times that of Chernobyl – and a fire at unit 4 would force the authorities to abandon the entire plant,

Because the strength of the earthquake of March 2011 increased the probability of further disastrous quakes which could in turn cause the half-ruined building of reactor no.4 to collapse,

Because numerous experts all over the world agree on the urgency to act in order to avoid having to evacuate the whole of Japan and at the same time prevent an international radiological disaster that would endanger the health of the world population and their descendants,

Because Tepco says there is no risk the pool will collapse and because the company plans to take years to transfer the spent fuel and store it in a safe place,

Because Tepco and the Japanese government are incapable of managing the crisis situation of the spent fuel pool at Fukushima Daiichi reactor no.4,

Because the UN, as guarantor of international security, is the only organisation capable of dealing with this permanent threat to humanity,

We, citizens of the world,

-          request that the UN rapidly set up an international, independent and interdisciplinary team. This team would be responsible for managing the transfer of the fuel at the Unit 4 pool and its safe storage.

-          urge that every possible means be devoted to this crisis team, in order to avoid any delay and to ensure that the spent fuel be safely disposed of as soon as possible,

-          demand that the UN facilitates every possible technical, scientific, economic and political means of collaboration, including non-governmental measures, in order to put an end to a global threat without equivalent in the whole history of humanity.

S
Sheri Herman
20/10/2013 23:57
This is not a &quot;Japanese&quot; crisis. This is a &quot;crisis for all of humanity&quot;. If not addressed immediately and taken out of the corrupt hands of Japan and TEPCO hundreds of millions will perish.
Répondre
M
Marco Elkeslassy
01/10/2013 19:33
the quicker this worrying situation is dealt with the better we can sleep at night !!! please share freely !
Répondre
F
Frédéric Boutet
20/07/2012 15:17
Why these people would be better qualified to say "no nuke"?<br /> <br /> I do not sign this petition (Yet another) which only helps the polluting industry to get money from international community.<br /> <br /> We'd rather help Japanese to get an IMMEDIATE STOP of all nuclear activities everywhere in Japan, and then on earth.
Répondre
R
robert
20/07/2012 05:46
Solidarity is the keyword here: the Japanese people need to courageously continue their protest and show their distrust of the whole nuclear industry, demanding that all information about the<br /> situation in Fukushima and the health effects be released; this will help the rest of the world refute shameful official allegations everywhere that the nuclear industry has successfully overcome<br /> the crisis and that nuclear facilities are safe all over the world. The voices of the Japanese people will become our voices, amplified by appeals such as this one, to stop the nuclear madness!
Répondre 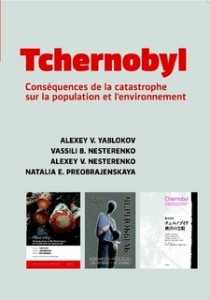